Metsä-Pohja Ltd was established in 1987. First it was an investment company of forest owners with a purpose of finding money for new pulp factory. The factory “Pohjan Sellu” was meant to place in Kajaani, but the project never realized. Name of Metsä-Pohja was changed to Metsämarkka.

In 1997 two other forest investing companies, Lännen Metsä Ltd and Sijoitus-Forestia Ltd, were merged into Metsämarkka Ltd. The strategy of the company were broadened from forest investing to the utility services.

The company is still active as Neo Industrial Ltd, but in the 2000’s the its owners and business idea have changed many times.

The share of Metsä-Pohja / Metsämarkka / Neo Industrial has been listed in the Helsinki Stock Exchange since 1989. 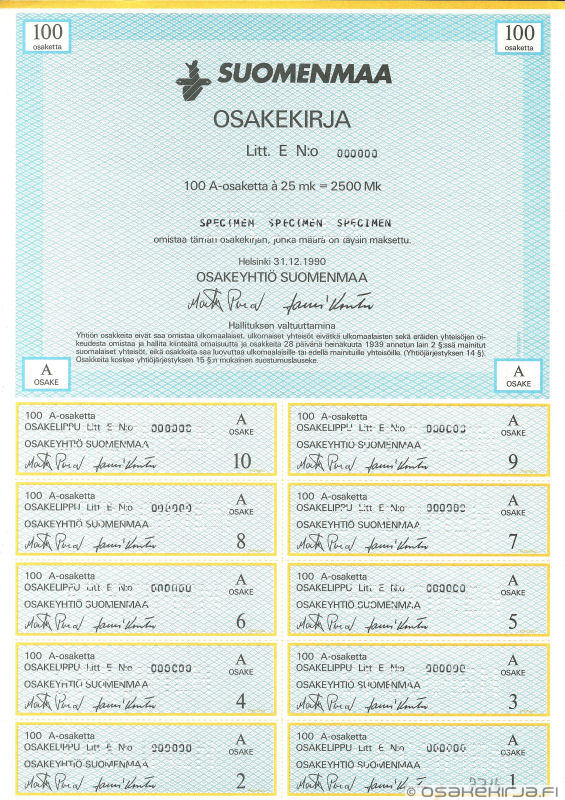 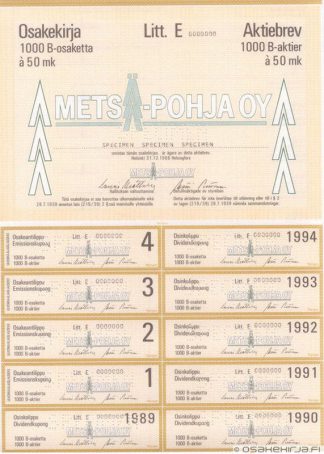 You're viewing: Metsä-Pohja Oy Not for sale
Read more