Olvi is the oldest brewery in Finland, which is still active and kept in Finnish ownership. Its manufacturing started in 1878 in Iisalmi, Northern Savonia.

Since the 1990’s Olvi has also expanded into the Baltic states and Eastern Europe.

The share of Olvi has been listed in the Helsinki Stock Exchange since 1987. The control of the company is held by Olvi foundation.

Vignette of the certificate fits well for brewery: It illustrates ears of barley and hop, and the barrel, which includes the name of the company. Word “olvi” means also beer in oldish Finnish dialect. 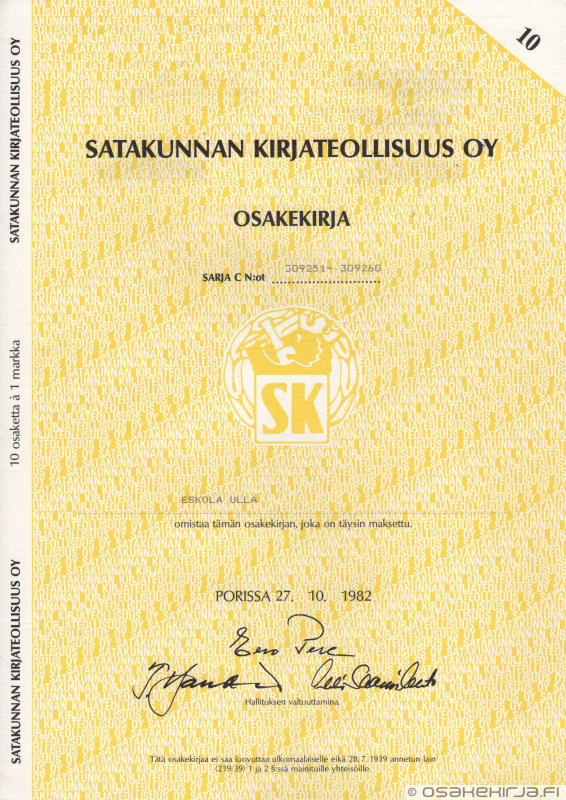 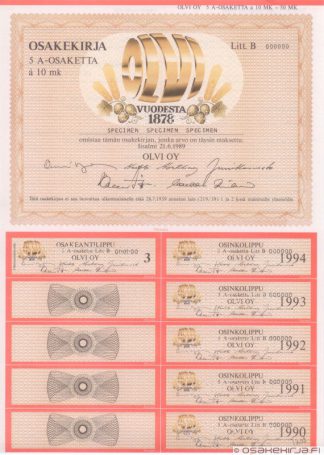 You're viewing: Olvi Oy Not for sale
Read more