A small timber factory est. in 1834 has grown successfully and is nowadays a notable manufacturer of ship motors and power plants. Wärtsilä has manufactured also dishes, Abloy locks and cruise ships. The bankruptcy of the Wärtsilä Shipyard company in 1989 was the biggest one in Finland.

Wärtsilä was merged with Lohja Ltd in 1991, and the new company Metra Ltd changed later its name to Wärtsilä. The original factories of Wärtsilä were located in Karelia and lost to the Soviet Union as a result of the WWII. Today the HQ of the company is located in Helsinki.

Name history of former Wärtsilä:
in 1990 – merged into Lohja Ltd, whose name was changed to Metra Ltd
since 1965 – Oy Wärtsilä Ab
since 1938 – Wärtsilä-yhtymä OY Wärtsilä-koncernen AB
since 1907 – Ab Wärtsilä Oy
since 1898 – Wärtsilä Aktiebolag 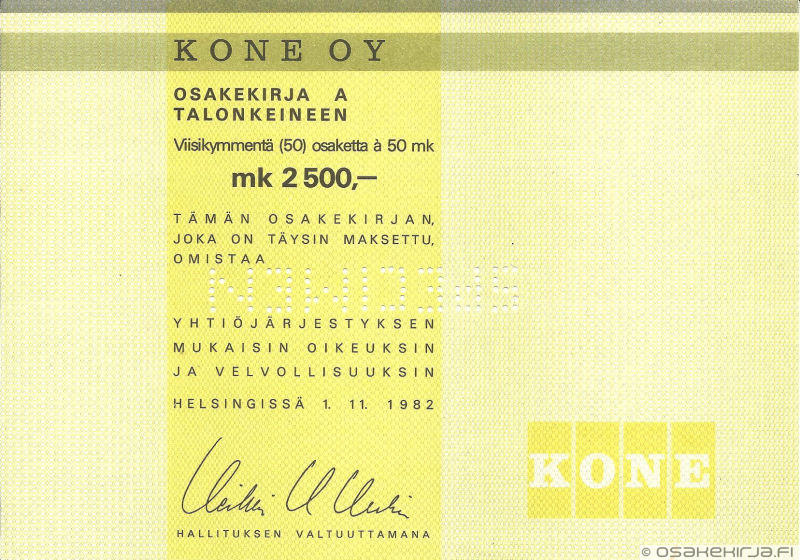