Kuusinen was a legendary clothing company for men. It was est. in 1915 in Käkisalmi (Priozersk) by Mr. Kalle Kuusinen. Business was transferred into Helsinki in 1918. Bankrupted in 1993.

The share of Kuusinen was listed in the Helsinki Stock Exchange from 1975 to 1993.

Mr. Kuusinen himself was also a significant donor of several charities in Finland. 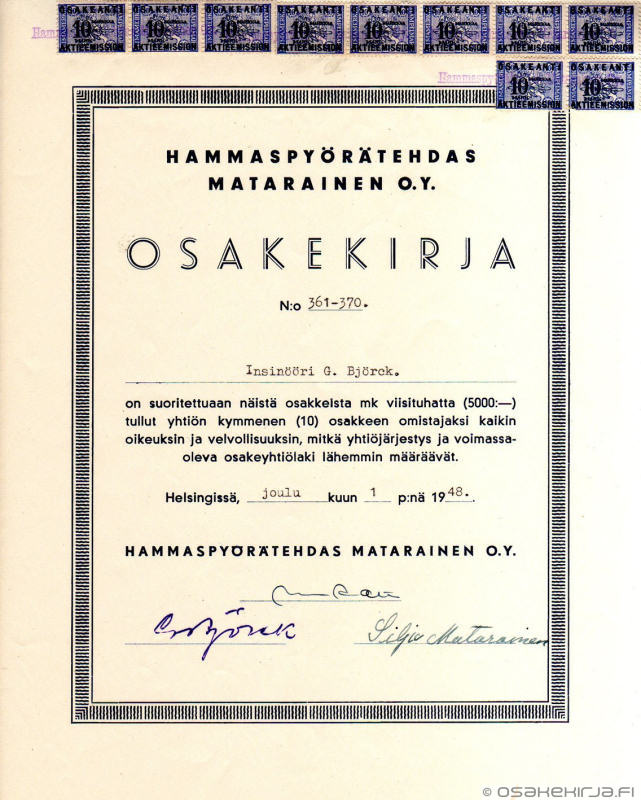 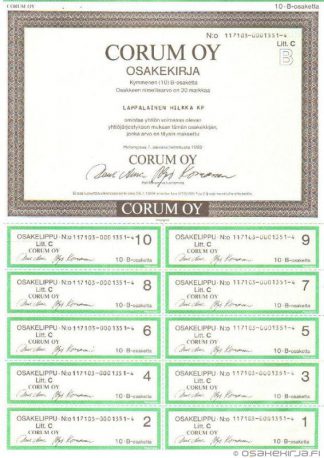 You're viewing: Corum Oy Not for sale
Read more