The company was established in 1917 and it built a fleet of four wooden sailing ships: barque Rauha (1918), Wellamo (1919), barque Eläköön (1920) and barque Warma (1922). These ships were the last wooden barque ships in the world. Additionally the company acquired other ships, too.

The company had also a shipping yard. In 1931 it made an agreement to repair the full-rigged ship “Oldenburg”. The pricing of repair work was a disaster and “Uudenkaupungin Laiva-osakeyhtiö” went belly up in 1932. “Oldenburg” was repaired by other shipping yards and it was renamed as “Suomen Joutsen”. She served as school ship for the Finnish navy until 1961. Since 1991 the ship is anchored in Turku as a museum.

Mr. Gustaf Erikson (1872-1947) from Mariehamn (Åland Islands) bought the whole fleet of the company in 1933. He was called “the king of sailing ships” as his fleet was one of the last ones. The fleet transported mainly wheat from Australia to the Europe. The Åland Islands have a long sailing tradition and the biggest Finnish shipowners still are located on these demilitarized islands.

The share of the shipping company was listed in the Stock Exchange of Turku.

The vignette of the certificate is very impressive. It represents a ship in full sail advancing among the rough sea. 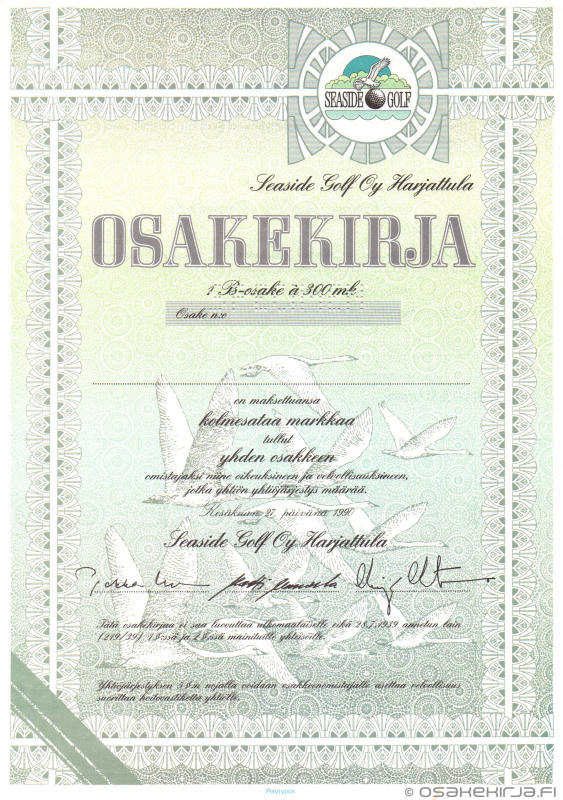