The company was established in 1918 to form trading relationships between South-America and Finland. During the first operating year the company grew the biggest import-export company of Finland. She had agents all over the World and she had a large shipping fleet including steamships Garryvale, Rigel and the Maid of Finland. She had also several sailing ships as Ira and Sylfid.

The company imported to Finland mainly coffee and foodstuff, exported was products from the Finnish forest industry. The company had also very well-known persons in its board of directors, including Mr. Risto Ryti and Mr. J. K. Paasikivi who both became later presidents of Finland.

Even though (or maybe because) the company had a flying start it drifted into big problems really soon. The conjunctures were not easy after the WW I and especially the value of the Finnish Mark was a problem for the company. In 1921 the company made huge losses and had to be streamlined. The business grew, but it never came profitable again and the company went belly-up in 1928.

The share certificate of the company symbolizes the company’s business: sailor represents the seafaring and the caduceus (the wand of Merkurius) refers to trade. The paper is handmade in Finland by Tervakoski. One of the signatures is Mr. Risto Ryti, who later became the president of Finland. 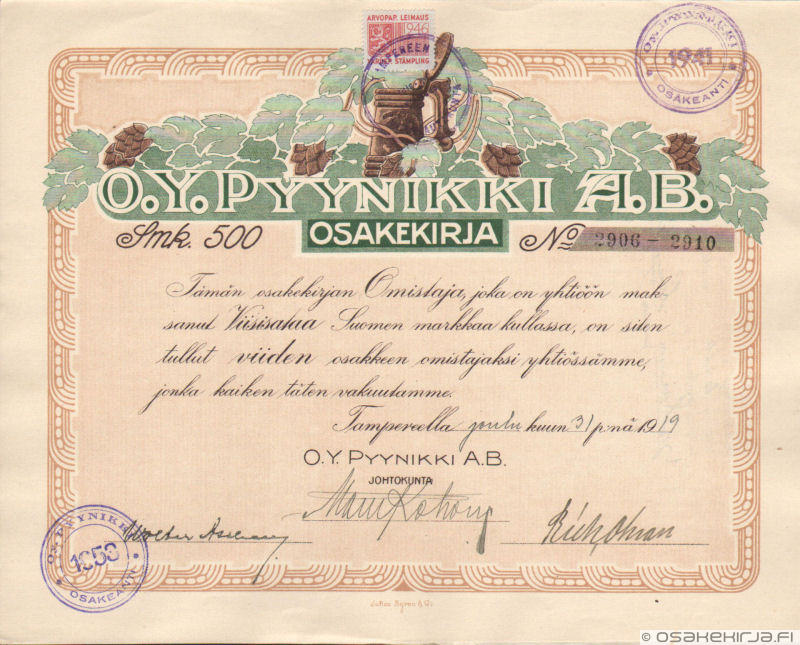 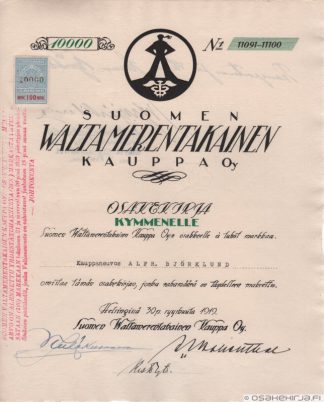